This statement was originally published on 7amleh.org on 27 February 2020.

The Arab Center for the Advancement of Social Media, published the results of its annual Index of Racism and Incitement in Israeli Social Media in 2019. The research revealed that the peak of incitement against Palestinians and Arabs in 2019 was correlated with the two rounds of the Israeli election. It also shows that there was a 14% rise in violent discourse towards Arabs and Palestinians, with one violent post every 64 seconds, and at least one out of every 11 posts about Arabs using inciting language.

In 2019, there was also a rise in the number and percentage of inciting posts in 2019. Nearly 495,000 out of 5.4 million posts about Arabs were violent posts, including racist and inciting slurs and biased language against the Arab and Palestinian community. These statistics indicate a 5% rise in inciting posts in comparison to the statistics for 2018 which showed that 464,000 out of 4.7 million posts about Arabs included violent statements.

The 2019 Index of Racism shows that the two rounds of the Israeli election caused an 8% rise in violent discourse against the Arab community concerning politics. It also shows that the violent discourse against the Joint List emerged from the violent posts against bodies and individuals, as members of the Israeli Knesset Ayman Odeh and Ahmad Tibi received the second and third most violent and racist comments. 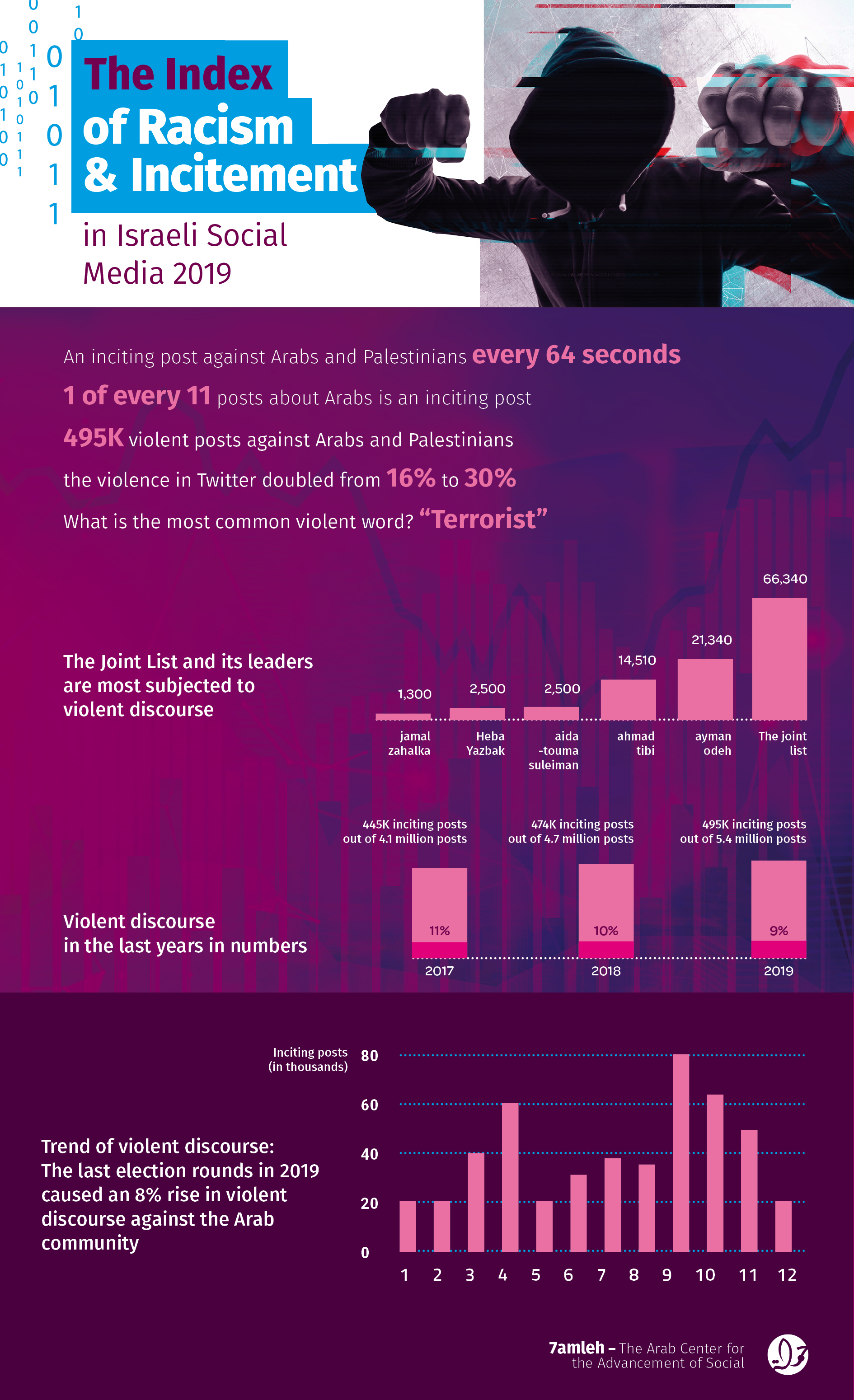 The Index of Racism and Incitement in Israeli Social Media is an annual report published by 7amleh Center in cooperation with Vigo Company that monitors the intersection of racist and violent labels and words against Arabs and Palestinians throughout the year.

The post On Israeli social networks, racism against Arabs and Palestinians is on the rise appeared first on IFEX.